Supercharge and replace the JReviews "Favorites" functionality with unlimited Site and User-generated public and private lists.

The MyLists Add-on for JReviews allows site owners to create predefined lists into which users can add listings (Favorites, Wishlist, Watchlist, etc.); and allow users to create their own public and private lists. 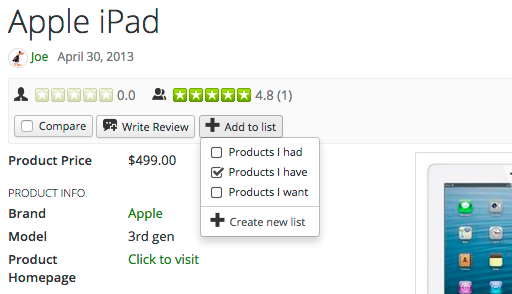 The 'Add to list' dropdown will display all site lists that you created for a specific listing type and users only need to click on a list to add the listing to it.

If users created their own lists, they will be included in the dropdown as well.

Allow users to create their own lists 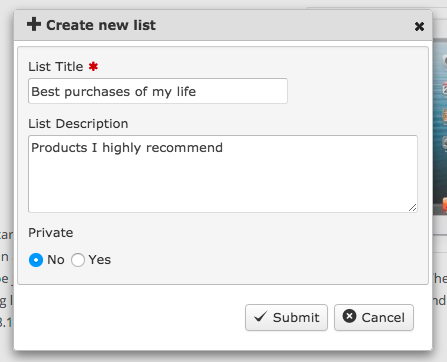 Site owners can choose whether to allow users creating their own lists and in which listing types. Lists created by users can be moderated (unpublished until approved)

Users can optionally add description to their lists and make them private. Private lists will be visible only to users that created them and site managers. 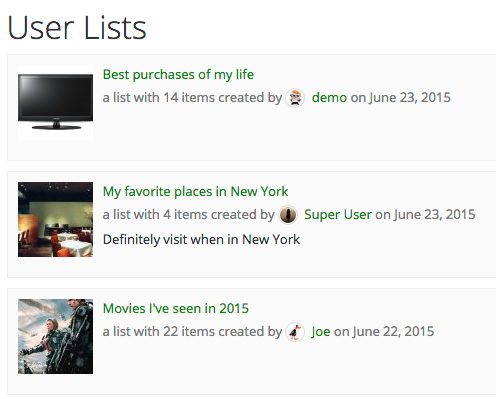 The 'User Lists' page allows everyone to see non-private lists that users created.

The 'My Lists' page allows users to see and manage their own lists, and see default site lists into which they added listings. 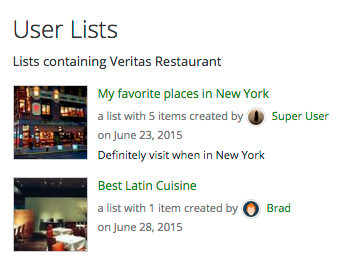 When published on listing detail pages, the module / widget can show lists that are containing the currently viewed listing.

This module / widget can be used only on the listing detail pages and its purpose is to show how many users added the currently viewed listing to default site lists that you created.